In December, we remember!

Day 28: Home Town. Talk about where you lived this year. Why did you choose this area? Did you discover a new place in town you love? Tell us about it.

I live in Alexandria, VA. I still don’t really believe it. Neither does Kate, I bet. Or my mom, for that matter.

Eleven years ago, I was living int CT, working full-time as an athletic trainer and part-time for Friendly’s Restaurant (the best place on Earth second only to Studio One, Les Mills, Auckland, NZ). I was in an unhealthy holding pattern. My full-time job advised me of a change I was not pleased with and it, thankfully, was the catalyst to me making a very permanent change for the better.

I called Kate up, told her – for the second time in two years – that I was packing up and moving to VA. She told me, quite literally, “I’ll believe it when you’re on my doorstep.” That was July 31, 2004. September 1, 2004, I showed up on her doorstep in Alexandria. My dad drove the UHaul, I followed behind in my Cougar. I had never driven longer than two hours anywhere and I had never lived any further away than 45 minutes from home, but here I was, six hours away – no job, very little money, no friends.

But what I did have was a desperately needed fresh start.

Life is nuts. After moving out of Kate’s, I lived in Vienna, Fairfax, Alexandria again (two locations), Burke, and Fairfax again. I moved eight times in seven years before Mark and I bought our townhouse in Alexandria a month and a half before our wedding. I had an uneasy feeling a year later when I realized I wouldn’t be moving again anytime soon. Upheaval had become the norm.

But now, four years later, Mark and I (and Jaime 🙂 are settled into our home in Alexandria. We live four miles driving from Kate’s house – though if there was a straight shot, it’d be more like one and a half miles maybe. It’s seven minutes door to door. It’s perfect. I knew I wanted to be near Kate and her family. I knew I wanted to be near my cousin, Craig. I knew where ever that was, it would be home, and that has been the case.

I love the diversity of Alexandria. I love the hundreds of dinner options – even if we choose to eat at Dos Amigos nine times out of ten (best margaritas ever and mmm…chip babies….). I love that we can shop, go to the movies, play golf, hang with fam and friends and go to the gym all in our city. I love that we are ten minutes from DC, even if we don’t take advantage of that nearly enough. I love that where we live in Alexandria, we are also only ten minutes from Springfield Towncenter, a new fave place to hang out.

The move I made in 2004 was life changing in the very best of ways. I met my husband. BOOM. I found a career that follows my passion. BOOM. But I’ll say this. If I hadn’t moved, I wouldn’t have the relationship I do with my sister. There is no way. We are five and a half years apart in age, but while I was in CT, we might as well have been strangers. I can’t express how grateful I am that I moved here, that she took me in with open arms, and we’ve had the opportunity to have the relationship I hope all sisters can have. #bestfriends 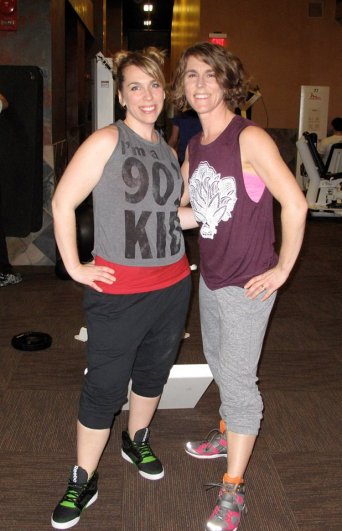