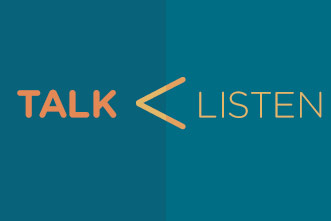 In a shocking turn of events, I have fallen behind in my Reverb 16 posts. I started with the prompt I could find first and it was March. The rest are coming, too! Love your feedback!

Habits | If you could magically change one of your habits, what would it be and why?

If I could magically change one of my habits, it would be how I correct Mark over really stupid things. It’s not just him, I do it to others, too, but he for sure gets it the worst. I have this compulsive need to correct people. If Mark says, “What a great day! It was 70 degrees out when I went to lunch.” I might actually respond with, “Oh really? I think I heard it only hit 66 today.”

Seriously? I’m going to miss his point completely over 4 degrees? His point was not that it was 70 degrees. His point was that he appreciated what a nice day it had been. It was a highlight for him and I just skipped past it. And it’s not even that I just missed his point. I dismissed it for a 4 degree correction, which is pretty crappy.

Why do I do that?

It’s disrespectful and it’s so self serving it makes me a little queasy. But you know what else it is? It’s negative. Every time I argue some small detail of a story or “play devil’s advocate” for the one millionth time, I cast a negative tone on the conversation. Every time I respond so quickly to give a dissenting opinion, I am devaluing what the other person is saying. I talk first, think second. It’s no good.

Could someone please wave their magic wand and make me a better listener?